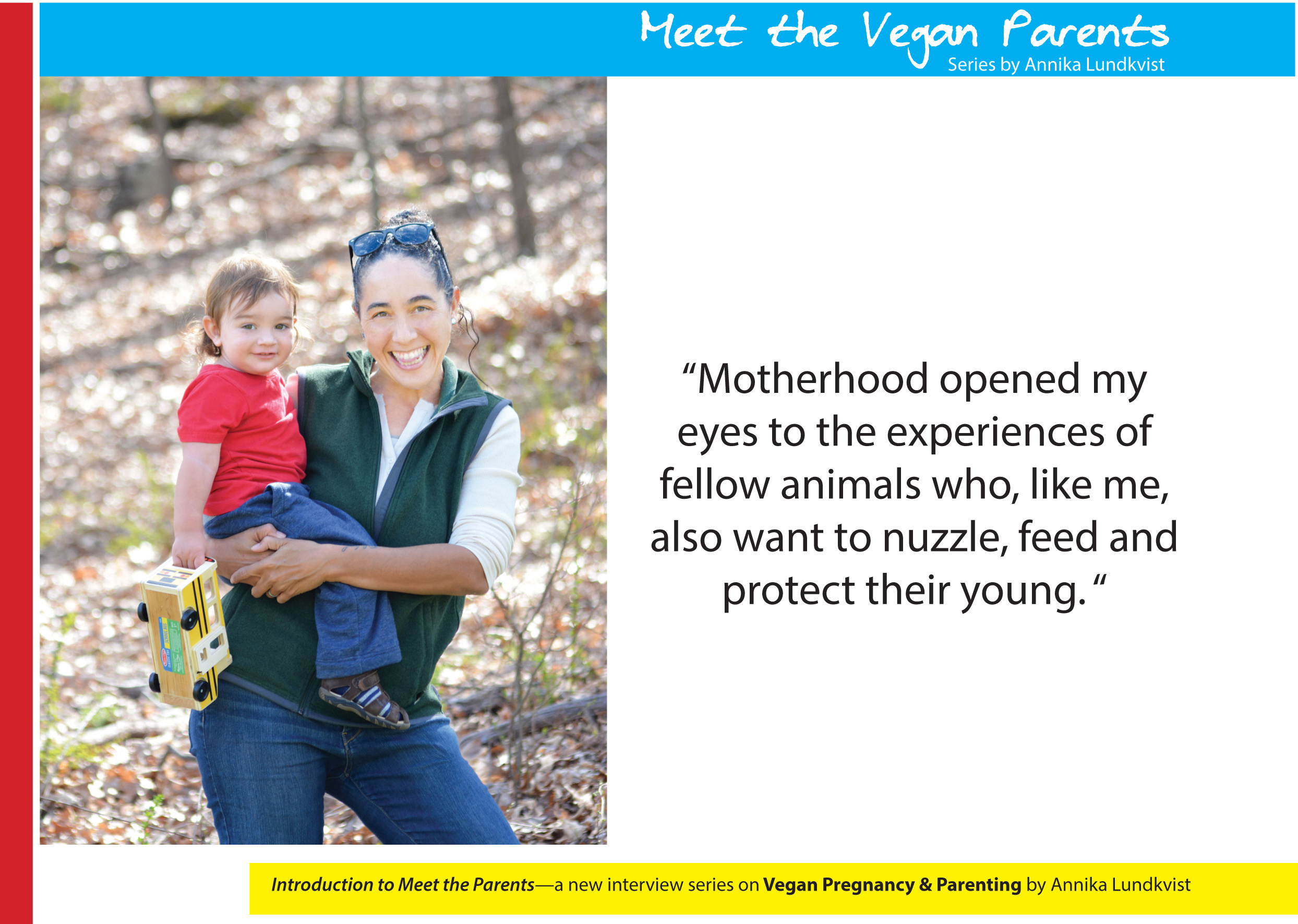 Earlier this year I began an interview series with vegan mothers around the world to explore issues related to veganism and parenting including eating plant based while pregnant, introducing veganism to children, cooking plant based in a mixed vegan/omnivore household, communicating the philosophy and choice to family and friends, local community acceptance and more.  This interview series is very dear to my heart and a field of advocacy I plan to continue with for as long as I can.

There are a few different dimensions of this series as well as it continues to grow.  Several of the interviews are web based and can be viewed at my other site Vegan for all Seasons here.

I was recently welcomed onto the Vegan Italy team as a regular contributor and I will continue to do interviews and portraits of vegan mothers to be published in that magazine.

I have been a columnist at Vegan Health & Fitness magazine since Spring 2015 and decided to  use my column space there to focus on vegan parent interviews and will continue to contribute features on vegan mothers, fathers and families in that publication. Below is my intro to “Meet the Vegan Parents” series in Vegan Health & Fitness magazine in the September/October 2016 issue! 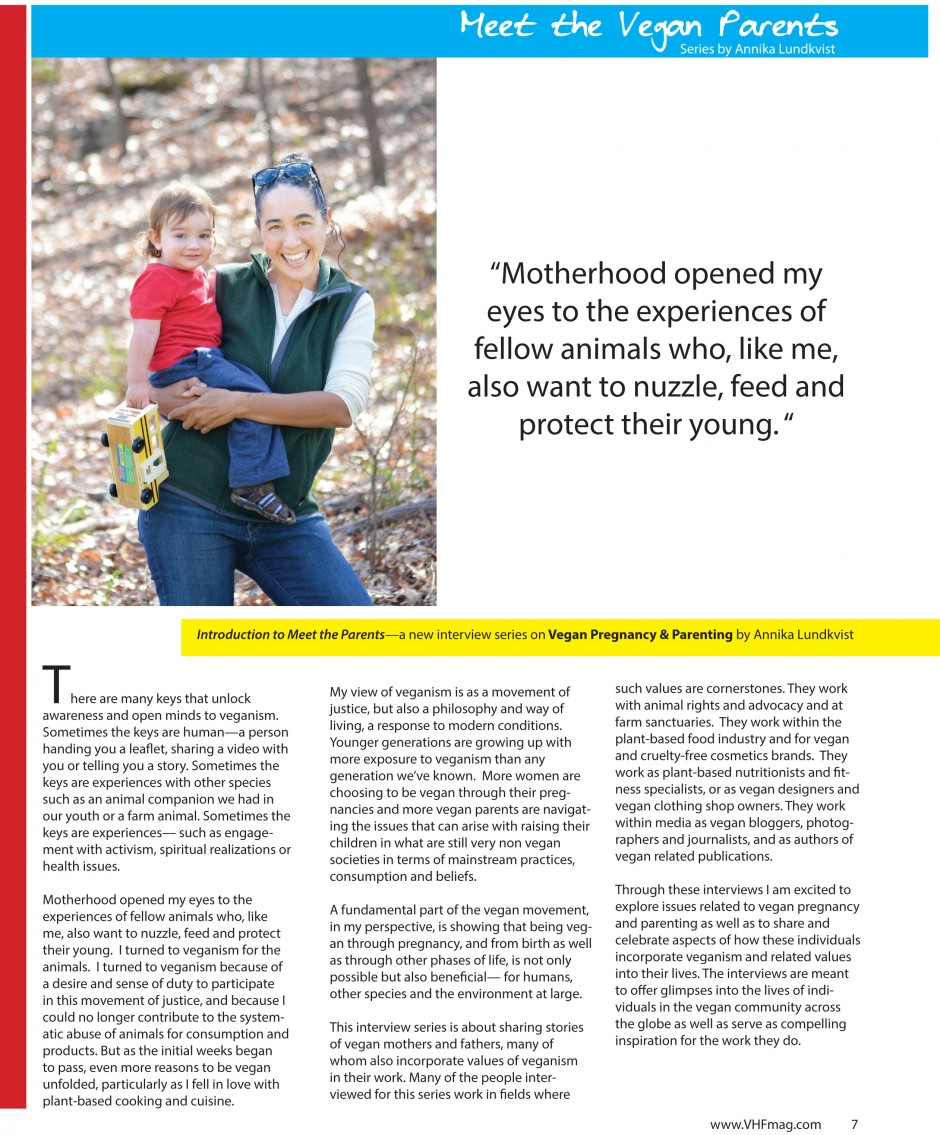